Politeness and formality are typical characteristics of Japanese language, so when you learn it, making your Japanese polite is essential.

However, knowing Japanese slang is a great way to master the language. Do you know that Japanese is full of slang words? They are completely different from the polite words. You can hear them anywhere anytime, for example, Japanese movies, anime, TV shows, and real life. Learning the words is not only a help making your Japanese sound natural and cool, but also the key to having the deeper understanding of Japanese culture and tradition, with a lot of fun!

In this article, I’m going to share the 15 most common Japanese slang words!

“Maji マジ” is the shortened form of “Majime 真面目”, which means “serious” or “for real”. This phrase quite sounds like a new youth word, but actually has existed since the 19th century. It became popular as teen slang in the late 1990s.

Maji is used as a prefix, often with the particle ”de で” to form the adverb ”Majide マジで”.

“Chou 超” is one of the most common slang words that you hear everywhere in Japan. This word is used to mean “very” or “totally” for emphasis.

“Meccha めっちゃ” is another popular slang word to mean “very” or “super”. This youth slang comes from the Kansai dialect spoken in the western part of Japan, but today it is quite common across the country.

“Gachi ガチ” is a similar expression to Maji. You can say this word to emphasize a fact or an opinion that is serious or real. Gachi comes from the sumo term “Gachinko ガチンコ”, which means “a serious fight”.

It is often used as an adverb “Gachide ガチで” meaning “seriously” or “really”.

“Moteru モテる” is used to describe someone who is popular, especially in a relationship of the opposite sex. This casual phrase has existed since the Edo period (1603 – 1868) when it meant to hold. In the middle of the Showa period (1926 – 1989), it started being written in Katakana with the same meaning as what it is today.

“Mukatsuku ムカつく” comes from the Japanese onomatopoeia “mukamuka ムカムカ”, which means to be pissed off. It is used when something has got on your nerves, or irritates you.

This word is used by nerds called “Otaku オタク” in Japanese to refer to someone who enjoy the real world. Riajyu is considered different from Otaku, because they have friends, a partner, a good job, money, social skills, and so on.

You can’t miss a very casual word “Yabai ヤバい” used by Japanese people of all ages. This slang is really confusing because the meaning could be both good and bad depending on the context. Originally it was used to describe “dangerous” or “risky”, but today it works for both extremes.

You can say “Hanpa nai 半端ない” to describe something that is overwhelming or unbelievable. This phrase can be positive or negative, depending on the context.

Hanpa nai is short for the Japanese word “Hanpa ja nai 半端じゃない”. Hanpa means “incomplete” and ja nai means “not”, so it is literally translated as “above and beyond average”.

The abbreviation form of this phrase is “Panee パねぇ” which sounds more casual and similar to Yabai.

“Bimyou びみょう” is used to describe something that is neither good nor bad, but normally it has negative connotations.

When you totally agree with someone or something, you can say “Sorena それな”. Sore simply means “that”,  but sorena is a very casual way of saying “exactly ”.

Originally this phrase is internet slang, but toady it is also used by Japanese teenagers in their daily conversations.

A: Kono kotoba ha douiu imi?  この言葉はどういう意味？ What does this word mean?
B: Gugure ググれ。 Just google it.

When something is funny or humorous, you can say “Ukeru ウケる”.  It is a casual expression mainly used by Japanese young adults.

A similar slang phrase to Ukeru is “(笑)”.  This kanji in parenthesis is equivalent of “lol” pronounced “Wara”.

“Www” is a new version of (笑). It is text slang often seen in Japanese comments on social media. You can use the letter “w” to denote laughter like “wwwwwww”.

“Kusa haeru 草生える” has the same meaning as “www”. Kusa means “grass”, and these “ｗ”s look like it.

“Otsu 乙” is the shortened form of “Otsukaresama お疲れ様”, which is a Japanese greeting used in many situations: at work, at school, and home.

Otsukaresama originally has a verity of meanings such as “Good job”, “You have done well”, “You must be tired”, etc.. This is definitely a key express which you need to learn when building a good relationship with people in Japan.

Having said that, Otsu is a slangy form of the original word, so you should use it to a limited extent, such as your close friends.

Shiken otsu 試験乙！
Well done for studying so hard for the exam! 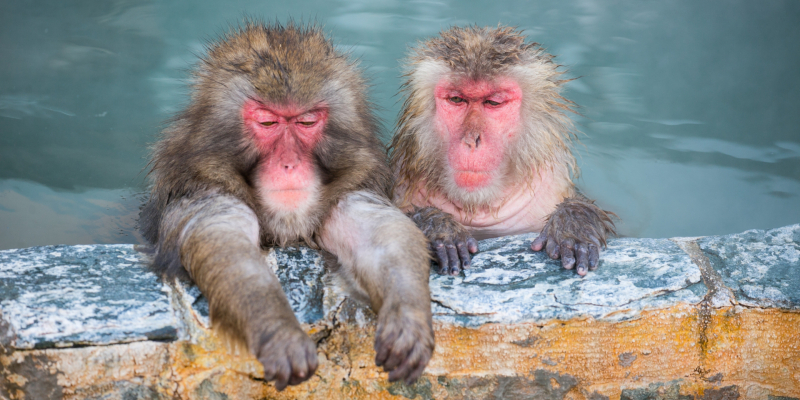 An unique feature of Japanese language is its shortened and combined words. They include a great number of words borrowed from other languages.

Do you know the meaning “Furorida フロリダ”？ This word sounds exactly the same as “Florida” in the USA, but the meaning is absolutely different. Furo means “bath” and rida is short for “Ridatsusuru 離脱する” to mean “leave” in Japanese. So you can use this word when you leave a chat room online to have a bath!

Japanese people have been absorbing new ways and ideas from other cultures. Their language clearly demonstrates it.

If I was a non-native Japanese speaker leaning the language, I would hit a bump in the road from the beginning, about th...
Top 10 Things To Do in Japan
25 Sushi Toppings You Must Try