In this article, I’m going to share 10 common Japanese swear words. However, do note that I’m never encouraging the use of them. Japanese people are polite and hardly use the kind of words in public.

Having said that, it is worth learning their insults for deeper understanding of Japanese culture, such as manga and anime in which the words are often seen.

I hope this article helps you identify what words Japanese people use when insulting. Then you’ll know the meanings when you encounter them, hopefully not in real life.

You might’ve heard “Temee てめえ”, “Kisama 貴様”, and “Yarou 野郎” in Japanese anime and manga. These swear words are used to mean “you” in a rude way. Males might use them when they’re angry.

In some contexts, these words can be strong insults with the same nuance as “a***ole”.

“Kuso クソ” is a Japanese interjection which might be easy to remember because it literally means “sh*t”. You can use this word to mean “fu*k” or “dammit” too. Normally it is not used towards someone else, but yourself to express your frustration.

“Chikusyou ちくしょう” is often used to express your irritation or annoyance in a similar way to Kuso. Literally this word means “a brute person”, but you can use it as an interjection towards yourself, meaning “sh*t” or “fu*k”.

“Baka バカ” is one of the most common offensive words in Japanese. You might’ve heard it in Japanese dramas, anime and manga. This word might not be an insult because it is used in an affectionate way in some contexts.

Baka sometimes comes with Yarou to form “Bakayarou 馬鹿野郎”, meaning “idiot”. This word can be used as an exclamation of “a***ole”.

“Aho アホ” is similar expression to Baka to mean “stupid”. This word is not always used as an insult because some people use it in a friendly way, especially in a part of the western region of Japan. Personally, Aho sounds a bit milder than Baka.

You can say Bakayarou to mean “idiot” as mentioned, but Aho almost never comes with Yarou.

You can say “Dasai ダサい” to describe people’s looks and actions. This curse word is used towards someone who looks unfashionable or does something uncool.

The abbreviation forms of Dasai are “Dasa ダサ” and “Dasee ダセエ”, which sound more slangy. They are often used by Japanese young adults.

Ano huku dasa  あの服、ダサ。
That outfit is not cool.

You can say “Uzai うざい” to describe someone or something that is annoying you. Uzai is short for the Japanese word “Uzattai うざったい” which means “annoying”. The shortened form is relatively a new offensive word spread by Japanese teenagers in the 1980s. The abbreviation form is “Uzee うぜえ”.

Uzai can be one of the most offensive words as it has caused many school bullying problems in Japan.

You can check the meaning of “Majide” here.

Top 15 Japanese Slang Words
Politeness and formality are typical characteristics of Japanese language, so when you learn it, making your Japanese po...

Although this is the same spelling as an beautiful English word, “Shine 死ね” is a directly offensive word, which means “die”. You can often hear this curse word said by villains in Japanese anime and manga.

“Busu ブス” is another highly offensive word which refers to “an ugly woman”. It can be used to curse females.

The male counterpart is “Buotoko ブ男”, but it is not used as often as Busu. 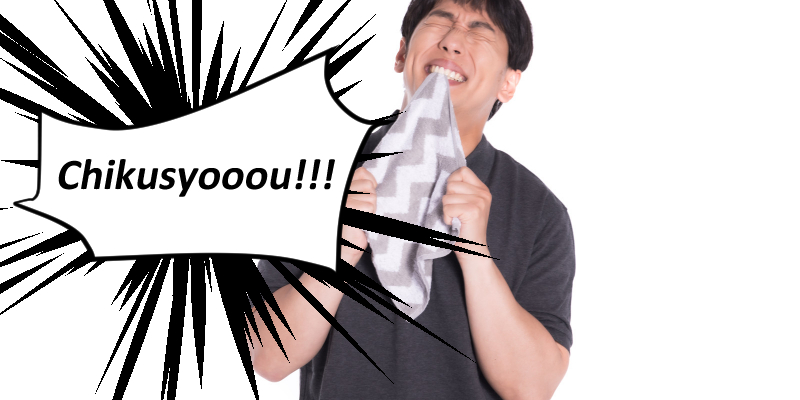 As a reminder, I don’t recommend you use these insult words when visiting Japan. Hopefully, you’ll use this article as a reference to satisfy your interest in the aspect of Japanese culture.

If I was a non-native Japanese speaker leaning the language, I would hit a bump in the road from the beginning, about th...

Are you interested in Japanese music? Do you think it's not familiar to you? Either way, why don't you start off with En...
25 Sushi Toppings You Must Try
10 Common Japanese Gestures